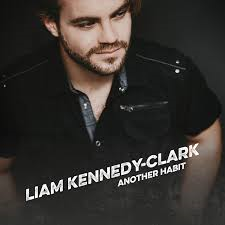 This young man was everywhere at Tamworth this year. However, the now Queensland based Kiwi has been playing and singing for most of his life. He has travelling with some big names lately, but he started at about 7 playing piano and trumpet….and at 11 he picked up a guitar.  He has been performing publicly for a long time. Not that he is that old.

I have seen Liam perform with others over the last few years, and he has a couple of E.Ps but this is the first album, I think. Sadly, I don’t have the credits for the album but I picked the voice with him on The Line Drawn to You – Aleyce Simmonds. Aleyce doesn’t just sing with anybody. She has excellent taste. This song is so country you can put it in the hayshed.

All ten songs are fantastic. I think that Tails You Say the Same is one of my favourite songs of the year so far. Bottom of an Empty Bottle is a necessary element on a country album and a fabulous one at that. Man I used to be is as strong instrumentally as it is lyrically. Old Family Home is a favourite too. It is very easy to picture.

His songs are varied, some are bluesy, others are pure country, and others are somewhere in between. And others are a fusion of both with a little rock and roll added to the mix.

This album sounds like it has been performed by a much older, world weary cowboy, rather than a young Kiwi. It has an amazing maturity to it and a great quality that is usually only produced by those much older and experienced.

Many folks have been looking forward to this album and I can see and hear why now. The little bit that I heard at Tamworth was pretty cool, ditto on some radio station interviews.  It has something to please everybody and my bet is that this young fella will just get better and better.

The production is polished and the musicianship is spot on. I predict Bright Lights and Big Dreams for this young artist.