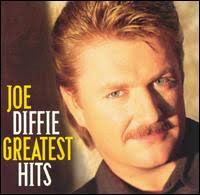 Joe Diffie was 61. 4 years older than me. I loved his songs. I loved the 90’s Ameican Country Music. It was the best. It is more than that though. Someone said to me on Facebook the other day that they had loved his music but hadn’t hurt anything from him for a while. Times have changed.  The country music that Joe sang is quite different to the way it has evolved in America.

I was sad at work and people asked me why. I told them….usual response about country music – never heard of him. I said to you know a little show called Third Rock From The Sun? They said of course. Well, he sang the theme song.

You don’t have to know country music to know Joe.

We lost him this week to the virus that is plaguing the world.

He became a dj and worked for various charity organizations, having a son with disabilities.

Joe produced one of my favourite albums ever in country music: A thousand winding roads. I own several of his albums, but this is my favourite.

He won lots of awards and was nominated for many more. I will always remember his beautiful songs and I am absolutely shattered to see him go.

Thank you for the music, Joe. I will always remember you.

Adam Harvey is one of my faves.  In the top 10. His deep voice melts, his songs make you laugh and cry. He is the Male version of Beccy Cole, always entertaining and always fun.

My fave Beccy Cole song is Opposite Prayers, sadly it is not available on YouTube. However, these are my other faves, and Beccy is the greatest entertainer that I have ever seen. I have seen the greatest – Reba, Dolly, Kenny, Bob Dylan, James Taylor, Carole King, Billy Joel, Elton John etc. However, nobody entertains me like Beccy does. She does everything, is everything, enjoy these beautiful songs.

Like Loading...
These three young gals are very important to me, not only on the record, but off the record. If you don’t recognise their talent, then you are deaf, dumb and blind. Three amazing gals who will have your heart, soul and mind. Go gals! 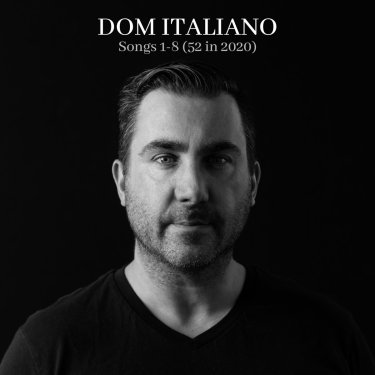 The Hurt Party was one of my favourite albums from last year. It was also one of my biggest surprises. I love the way Dom uses words. I am a Bob Dylan, Kris Kristofferson, James Taylor, Michael Waugh, Khristian Mizzi fan. I think that says it all about what I think is most important in a song. He has a way with a phrase, a way with a subject and a way with his audience.

I was at a gig in Tamworth, where Dom said, give me what you can afford for the album. Some gave $5, some gave 20.

I think that says a lot about his music and what is most important to him. I have been a music fan since I was born. My folks always had music playing and my sister is an amazing piano player. My gift is my love for that music and writing about it. People like Dom are the reason that I write about it, he is so passionate about the music….as Allan Caswell said on his Mexico album, in Victoria, it is about the music.

I love the way that Dom turns a phrase, turns a page, considers the words and complements them with the music.

He has the soft and tender voice that makes me think that he is pretty much an old soul and should have been at Woodstock in 69 rather than in Melbourne in 2020, though in some ways, they are similar.

Basically, Dom’s music is here to mellow out to, but do not leave it at that. Each song has its layers.  I get carried away on a cloud sometimes with Dom’s music, and at other times, Dylan reminds me that he is trying to tell me something.

It’s not just a ring is by far and away my fave track. It is just so me, it is crazy. Love it to bits.

Catherine is probably my second fave. I always love Dom’s songs. I haven’t heard a song yet that I didn’t like.

Fix a woman has an E rating, but it is an important song. It is something that you should listen to and learn from.

All of Dom’s songs mean something. They are not bubblegum country or frivolous. They have substance. His voice has a pretty extensive range.

It is not always what he says, it is how he says it.

That Was Our Song

I Don’t Know Why I Do this Anymore

How Long  Have I You Waited For Me

It’s Not Just  A Ring

Like Loading...
Gayle is one of those characters that you meet in life who are part crazy and part brilliant and definitely one of us Queen Dags. We are definitely related along the way somewhere, but she is much more talented than I will ever be. A beaut mate and she’s just starting out in many ways.  Enjoy

Like Loading...
The Brendans, (Smoother and Nawrocki) are the official ones, but I think that Brendan Radford has played with them a few times and I added Brendon (almost there) Walmsley because I just love him. These guys are all champions, in life and in music.
Mr Nawrocki needs to get on to YouTube and put a few more clips up…..including you know what!

Brad Butcher is a very talented man. He has one of the most beautiful and distinctive male voices in Australian Country Music and he is a terrific singer/songwriter as well as being a nice bloke. Enjoy.

Like Loading...
Michael Waugh makes you laugh, makes you cry and makes you think and remember all in the space of one song. He is the songwriters’ songwriter. He’s just a gem. Have the tissues handy.

Like Loading...
Mel is my sister from another sister, my fellow dag queen and one of the most genuine, generous and versatile women that I know. She is one of the most underrated artists in Australia and she supports and promotes her fellow indies. Enjoy her music and feel the love.